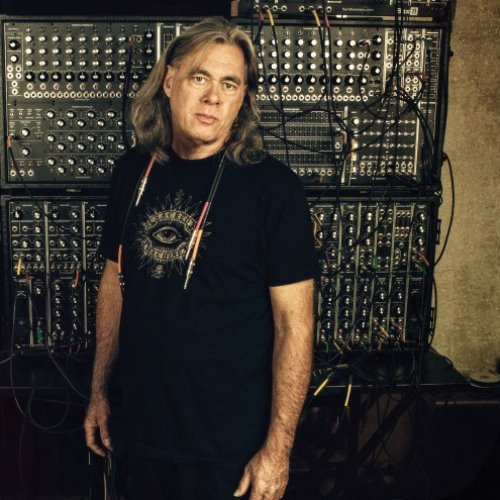 Steve Roach (born February 16, 1955) is an American composer and performer of ambient electronic music, whose recordings are also classified in the genres of space, drone, and new-age.

Originally a Motocross racer, at the age of 20 Roach taught himself to play the synthesizer after being inspired by such influential synthesizer artists and groups as Tangerine Dream, Klaus Schulze, and Vangelis. His debut album Now appeared in 1982, followed byStructures from Silence in 1984. In 1988 he released his acclaimed Quiet Music series, along with what has been described by critics as his masterpiece, the double-album Dreamtime Return.

As Roach’s approach to ambient music matured, he has typically been beatless, although his rhythmic and trance-based groove and tribal-ambient releases are nearly as numerous as his more atmospheric releases. Some recordings are strictly synthesizer based, whereas some recordings include ambient guitar experiments, and other releases cross over with more ethnic influences.

He was an early proponent of the didgeridoo’s use in ambient music and learned to play it during his extended trips to Australia during the 1980s. He later worked with Mexican musician Jorge Reyes who would introduce a Prehispanic element, and these fusions would further establish Roach as one of the founders of the tribal-ambient sound.

Roach is married to author and equine teacher Linda Kohanov (who provided vocals on some of his albums). They live in Tucson, Arizona.