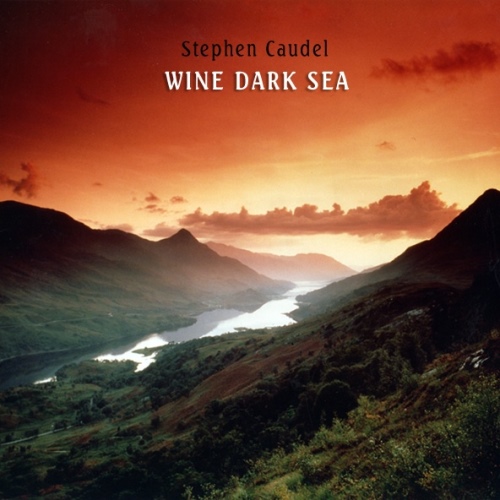 “As a boy growing up in Sheffield, I suppose my formative musical influences came from regular visits to the imposing City Hall where I enjoyed a wide variety of concerts from Classical to Symphonic/Progressive Rock. They all left a strong impression on me, and for different reasons.
I was a fan of the Beatles’ music from an early age and when I heard Jimi Hendrix for the first time I was in awe at the emotion he could generate in his playing. In my early teens I decided that the guitar was the instrument for me and I wanted a career in music. So I began teaching myself to play guitar and remember listening to albums until late into the night, working out increasingly complex solos. I also learned to read music and opted to take the subject first at O and then at A Level. It was at this time that I really began to broaden my musical horizons, listening to the works of both ‘Romantic’ composers such as Chopin, Berlioz and Tchaikovsky and Jazz, especially George Gershwin, Django Reinhardt and Stéphane Grappelli.
This combination of Classical and Jazz influences made it easy for me to decide what I wanted do next and I had a piece of good fortune during my Music A-level practical exam when after performing my improvisations on ‘Nuages’ by Django Reinhardt, the examiner invited me to enrol in Advanced music studies at the City of Leeds College of Music. It was a specialist course that afforded me the opportunity both to compose a lot of music and also to learn the complexities of orchestration – something which would later provide me with the ‘tools’ to create my symphonic rock poems: ‘Wine Dark Sea’ and ‘The Earth in Turquoise’.
One of the highlights whilst studying in Leeds was my becoming friends with legendary jazz violinist Stéphane Grappelli whom I accompanied twice at Yorkshire Television which was conveniently nearby in Leeds. I corresponded with Stéphane on many occasions by letter.
THE LONDON YEARS
After studying in Leeds, I moved to London where, over 13 years, I enjoyed some great experiences as a performer, recording artist and composer:
– Performing in Caprice, a jazz trio playing Reinhardt / Grappelli swing jazz and performing in over 250 venues in our first year!
– Meeting world renowned Classical guitar virtuoso John Williams for whom I composed my ‘Nostalgie’ Rhapsody for guitar and orchestra.
– ‘Wine Dark Sea’ World Premiere – a large scale, ‘symphonic rock poem’ performed as part of the Capital Radio Music Festival. Performed at the Victoria Palace Theatre, London and conducted by my good friend Louis Clark (ELO and Hooked On Classics). I performed in the front line on Classical and electric guitars. The concert was recorded by Capital Radio and broadcast twice on their ‘Friday Night Rock Show’ hosted by the late but great Alan Freeman.
– ‘Wine Dark Sea’ – my first CD release in 1986. Adapted from my original, orchestral score. Tom Newman (‘Tubular Bells’) was producer. Released in the USA, UK, Europe and Japan. My second CD: Bow of Burning Gold followed a year later. See Music page.
– Concerts – after ‘Wine Dark Sea’ I toured Britain, Europe and Japan with a specially arranged, ‘unplugged’ acoustic set, promoting the album and its follow-on “Bow Of Burning Gold”. One of the tour’s highlights was a night at Ronnie Scott’s Jazz Club, London – somewhere I had always wanted to play.
– Film and TV Music – I was involved in writing music for small films, video and TV productions providing music for both BBC and independent TV as well as jingles for overseas markets.
– Being introduced to film composer Stanley Myers (“Deerhunter” theme fame) who invited me to sit in with him at Denham Film Studios to allow me to watch and learn as he worked on film scores.
– Performed as Special Guest of the legendary Art Garfunkel on a major UK tour culminating in 3 nights at London’s Royal Albert Hall.
OTHER ALBUM RELEASES
Shortly after the Garfunkel tour I moved out of London to Cumbria to set up my own recording studio and concentrate on composition and recording projects. To date I have recorded and released a further 4 albums:
The Earth In Turquoise – my second symphonic rock poem which I composed, performed and produced. Released on my own label Dark Sea Records.
Impromptu Romance – specially arranged, romantic ‘classics’ (Beethoven, Tchaikovsky, Chopin, etc) with classical guitar improvisations alongside some original compositions.
Scaramouche – acoustic classical/jazz fusion – compositions for 2 classical guitars, written and performed by myself and Tim Panting.
Reflections in Blue  NEW 2016 – Atmospheric and romantic compositions for guitar and orchestra with a hint of jazz and blues.
OTHER ORCHESTRAL WORKS
The Edel Rhapsody
In 1993, I was commissioned by Northern Arts in the UK to create a new musical composition for a little-known 19th-century instrument called the Wagner Tuba. This was to be a ‘world first’- never before had an orchestral work been created to feature the Wagner Tuba as a solo instrument. My ‘Edel Rhapsody’ was premiered in Carlisle Cathedral that summer.