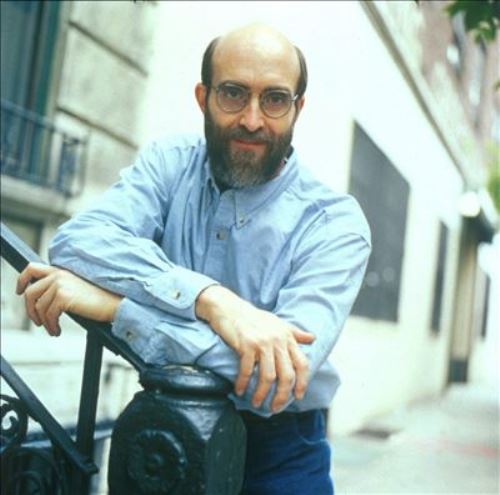 George Winston (born 1949) is an American pianist who was born in Michigan, and grew up mainly in Miles City, Montana, as well as Mississippi and Florida. He is best known for his solo piano recordings; several of his albums from the early 1980s have sold millions of copies each. Winston has been described as the “Father of New Age Music,” but he eschews the term, preferring to call his style «rural folk piano.»

When growing up, Winston’s interest in music was listening to instrumentals in the R&B, rock, pop, and jazz genres, especially by organists. After hearing The Doors in 1967, he was inspired to start playing the organ. In 1971, he switched to solo piano after hearing Thomas «Fats» Waller, Teddy Wilson, Earl Hines and Donald Lambert.

Winston attended Stetson University in DeLand, Florida in the 1960s, where he majored in sociology. While he did not complete work on his undergraduate degree, following his rise to prominence the university awarded him an honorary doctor of arts degree.

George Winston was first recorded by John Fahey for Fahey’s Takoma Records. The album Ballads and Blues disappeared without much notice, although it was later reissued on Winston’s Dancing Cat Records. However, in 1979, William Ackerman talked with Winston about having Winston record for Ackerman’s new record label, Windham Hill Records. At first Winston played some guitar pieces he liked and then he played some of his nighttime music on the piano, which became the basis for the record Autumn, which Ackerman produced. Autumn soon became the best-selling record in the Windham Hill catalog, and his albums December and Winter into Spring both went platinum (million-plus sales in the United States). He has recorded seven more solo piano albums, and he is one of the best known performers playing contemporary instrumental music.

Winston was sixteen years old when the animated TV special A Charlie Brown Christmas premiered in 1965, and he bought the soundtrack album the next day. He eagerly awaited each new Peanuts special to hear Vince Guaraldi’s newest music. In 1996, Winston released Linus and Lucy – The Music of Vince Guaraldi. Much of the album is devoted to the theme music Guaraldi wrote for the Peanuts cartoons: 15 television specials and one feature film from 1965 until Guaraldi’s death in 1976. «I love his melodies and his chord progressions,» Winston said of Guaraldi. «He has a really personal way of doing voicings.» Winston recorded a follow-up album, Love Will Come – The Music of Vince Guaraldi, Volume 2, released in February 2010.

Winston’s 2002 album Night Divides the Day – The Music of the Doors consists of solo piano renditions of music by the band The Doors. The title of the album is a lyric from their song «Break on Through (To the Other Side)».

In addition to his piano work, Winston plays blues harmonica, solo acoustic guitar (mainly Appalachian fiddle tunes) and Hawaiian slack-key guitar. Both his harmonica and guitar playing can be heard on his benefit album Remembrance – A Memorial Benefit, which was released shortly after 9/11. In 2006, he recorded another benefit album, Gulf Coast Blues & Impressions: A Hurricane Relief Benefit, followed by Gulf Coast Blues & Impressions 2: A Louisiana Wetlands Benefit in 2012.

Many of Winston’s melodic pieces are self-described as «rural folk piano» or «folk piano», a style he developed in 1971 to have an approach to complement the uptempo stride piano. These melodic pieces evoke the essence of a season and reflect natural landscapes. The third style he plays is New Orleans R&B piano, influenced mainly by Professor Longhair, Dr. John and Jon Cleary.

Winston dresses unassumingly for his shows, playing in stocking feet, stating that it quiets his «hard beat pounding» left foot. For years, the balding, bearded Winston would walk out on stage in a flannel shirt and jeans, and the audience would think he was a technician, coming to tune the 9-foot Steinways that are his piano of choice. As The Boston Globe reported in 1986, “Much of his playing is introspective, mood-setting and, frequently, tranquilizing. Casting my gaze about the auditorium, I observed members of the audience with their attention fixed upon the pianist and others absorbing the music with eyes closed. Winston is not a self-indulgent performer who protracts his renditions to the point where he dangerously tiptoes between a yawn and a snore. Instead, he keeps his presentations pithy and free of excess and his audience awake.”

On April 19, 2010 he appeared as the sole guest on show 575 of the multimedia WoodSongs Old-Time Radio Hour. Twenty minutes into the program he describes an unusual method of playing the piano he developed that was inspired by watching blues guitar players. He can be seen reaching into the piano with his left hand and muting the strings, while with his right hand he is playing «Breaths, An African in New York».

1996 Linus and Lucy – The Music of Vince Guaraldi

2002 Night Divides the Day – The Music of the Doors

1988 This is America Charlie Brown—The Birth of the Constitution

1995 Sadako and the Thousand Paper Cranes