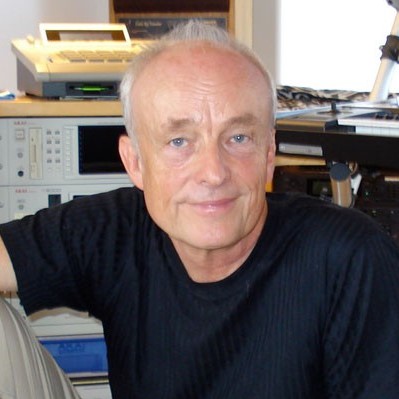 Born in Falkenhagen, Germany, Deuter (pronounced doy-tur) remembers that “one of the nicer memories I have was the first time I heard someone play the flute. It was like a light coming from the heavens. For one of my birthdays I was given a flute and that was the beginning for me.” He taught himself to play the flute, guitar, harmonica and “just about every instrument I could get my hands on.” Deuter experimented early on with combining acoustic and electronic elements with ethnic instrumentation and nature sounds, such as whale and bird songs, ocean waves, wind in the trees, and more. “I was born in the countryside and my first memories are of nature, of sitting in the woods and enjoying being alive. I started to record the sounds of nature, then mix them together. The next logical step was to play an instrument on top of it. This was the type of music I wanted to hear — relaxing, soothing and harmonious — but I could not find it anywhere, so I started to make this style of music myself.” His first album in 1971, titled D, helped define the emerging genre of music known as new age, and showed the beginning of Deuter’s spiritual path.

During the 1970s and 1980s Deuter, after travelling extensively in Asia in search of spiritual and creative inspiration, settled for a long time in Pune, India, for spiritual study. While there he produced a series of music tapes to be used in “active meditations,” in which he merged Indian classical motifs, fiery drums, loops, synthesizers, bells and pastoral acoustic passages. In 1985 he relocated to Santa Fe, New Mexico where he signed with New Earth Records and furthered his ascension into the top ranks of new age musicians worldwide.

Deuter creates his music in his home studio hidden deep in the New Mexico forest that he shares with birds, deer, bears, roadrunners, snakes and coyotes. The sound of wind chimes and bees fill the air because Deuter also is a beekeeper. Between studio sessions, he spends his time reshaping his pond or crafting zen-like furniture in his workshop. Deuter describes himself as a hermit/monk/wolf living in the wild and enjoying it, staying close to nature. He designed his house using the principles of Feng Shui. The studio, with its large windows and views of the forest, is both a sanctuary and a laboratory for music-making that includes instruments from all over the world. He continues to learn and master an ever-expanding array of instruments including piano, various keyboards and synthesizers, guitars, shakuhachi flute, cello, koto, sitar, tabla, Turkish sasz, Persian tar, santoor, bazuki, Tibetan singing bowls, chimes, drums, ethnic percussion and more. “For me all the instruments I’m using are basically like colors in a painting,” states Deuter. “I’m not focused on one instrument specifically. I use many sounds and instruments so that it is like painting with sound.”

• 2009 - Celebration of Light: Music for Winter and the Christmas Season