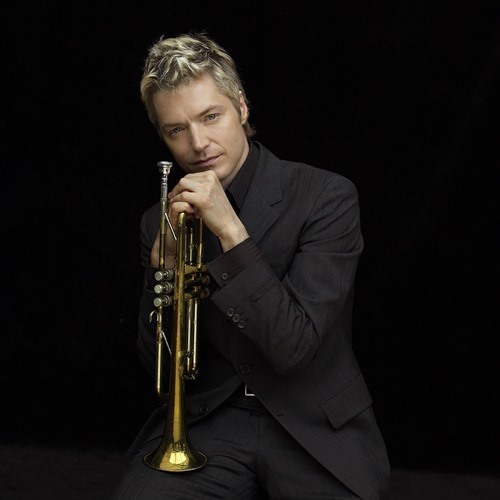 In 2013, Botti won the Grammy Award in the Best Pop Instrumental Album category. He was also nominated in 2008 for his albumItalia and received three nominations in 2010 for the live album Chris Botti In Boston. Four of his albums have reached the No. 1 position on the Billboard jazz albums chart.

Coming to prominence with the 2001 recording of his Night Sessions CD, Botti established a reputation as a versatile musician in both jazz and pop music for his ability to fuse both styles together.

He was born in Portland, Oregon and raised in Corvallis, although he also spent two years of his childhood in Italy. His earliest musical influence was his mother, a classically trained pianist and part-time piano teacher, He started playing the trumpet at nine-years-old, and committed to the instrument at age 12 when he heard Miles Davis play «My Funny Valentine».

In 1981, he was selected as a member of McDonalds’ All American High School Jazz band which marked his first Carnegie Hall performance. At the age of 17, he ended up atMount Hood Community College in Gresham, Oregon, by convincing his high school to allow him to fulfill his remaining senior year credits there. Botti constructed the scenario so that he could also play at Portland clubs in the evening. Mount Hood’s program was headed by Larry McVey, whose band had come to be a proving ground and regular stop forStan Kenton and Mel Tormé when they were looking for new players. It was here Botti played alongside his friend, trombonist and future Academy Award nominated filmmaker,Todd Field.

After graduating from high school, Botti studied under jazz educator David Baker and trumpet professor Bill Adam at the Indiana University School of Music. Botti was also the recipient of two grants from the National Endowment for the Arts which allowed him to study with trumpeter Woody Shaw and saxophonist George Coleman during two consecutive summer breaks.

Botti left Indiana University during his senior year for short touring stints with Frank Sinatra and Buddy Rich. In 1985, he moved to New York City to hone his craft as a studio musician.

In 1990, he began a decade long touring and recording relationship with Paul Simon which broadened his exposure to other singers. During that period, he also performed/recorded with Aretha Franklin, Natalie Cole, Bette Midler, Joni Mitchell, Natalie Merchant, Scritti Politti, Roger Daltrey and others.

On August 15, 1991, Botti performed with Paul Simon in New York’s Central Park as part of The Rhythm of the Saints tour. The performance was commercially released as theConcert in the Park CD. While on tour with Simon, he met saxophonist Michael Brecker, which led to Botti co-producing a track on the Brecker Brothers’ Out of the Loop titled «Evocations». The album won a 1995 Grammy for Best Contemporary Jazz Performance.

Botti was also a member of Bruford Levin Upper Extremities, a more experimental, jazz fusion-oriented group. He composed the score and recorded a soundtrack for the 1996 film Caught.

In 1999, Botti was invited to tour with Sting as a featured soloist in the Brand New Day tour. The two-year run culminated in All This Time, a CD/DVD-taping and webcast performance from Sting’s estate in Tuscany on September 11, 2001. Botti attributes his relationship with Sting as having changed the course of his career.

Botti was introduced to Columbia by Bobby Colomby, drummer and founding member of Blood, Sweat & Tears, who went on to become his producer and manager. Botti’s first Columbia release was Night Sessions in 2001. This was followed in 2002 by December, a holiday album, which included an original composition by Richard Marx. The project represented the only time Botti has performed vocals on two tracks.

A Thousand Kisses Deep, was released in 2003 and contained a group of originals and covers that accent Botti’s crossover appeal as both a jazz and pop musician. When I Fall in Love followed in 2004, which featured a more traditional sound[12] than its predecessor.

To Love Again: The Duets, released in 2005, continued where the previous album left off with more lush orchestral jazz via the London Session Orchestra, this time showcasing guest vocalists — as well as a handful of instrumental tracks.

On September 25, 2007, Botti released an album entitled Italia. The album places focus on Botti’s Italian roots through such songs as «Ave Maria», «Venice», «Estate», and the title track «Italia», on which he partnered with Andrea Bocelli. In December 2007, the album was nominated for the Grammy Award for Best Pop Instrumental Album. Botti also performed the song with Bocelli during the 2007 edition of the Teatro del Silenzio, which was released on DVD titled Vivere Live in Tuscany in 2008.

By June 2009, Chris Botti had released 12 solo albums. His first few releases are often classified as smooth jazz, though critic Alex Henderson argues that Botti’s music was a cut above much of the genre; reviewing his 1999 album, Slowing Down the World, Henderson writes «it would be a major mistake to lump it in with… outright elevator muzak … Botti is capable of a lot more.» That same year as well as the following year, Botti appeared as a Pennington Great Performers series artist with the Baton Rouge Symphony Orchestra.

Botti was the leader of the house band on the nationally syndicated daytime talk show The Caroline Rhea Show for its only season in 2002-2003. He was named one of Peoplemagazine’s 50 Most Beautiful People of 2004.

For several years, Botti also hosted a radio show called Chill with Chris Botti, that focused mainly on «chill» music, which is described as «smooth jazz with a touch of cool jazz.» In 2007, saxophonist Mindi Abair took over hosting duties and the show, using the same format as before, is now called Chill with Mindi Abair. With the success of To Love Again, Botti hosted a special concert at the Wilshire Theatre in Los Angeles in December 2005 with many of the guest artists from the CD. It was recorded for airing on PBS in Spring 2006 as Chris Botti: Live with Orchestra and Special Guests, which also was released as a DVD.

Botti performed the United States’ national anthem in MetLife Stadium in East Rutherford, New Jersey, for a crowd of over 80,000 and a world-wide television audience on November 3, 2014, prior to the Indianapolis Colts vs. New York Giants National Football League game. Link to video of this performance

Botti plays a Martin Committee large bore Handcraft trumpet made in 1939, and uses a No. 3 silver plated mouthpiece from Bach made in 1926, having recently retired his 1920 3C Bach mouthpiece. He uses a Leblanc Vacchiano Harmon mute from the 1950s.

Live: With Orchestra and Special Guests (2006)