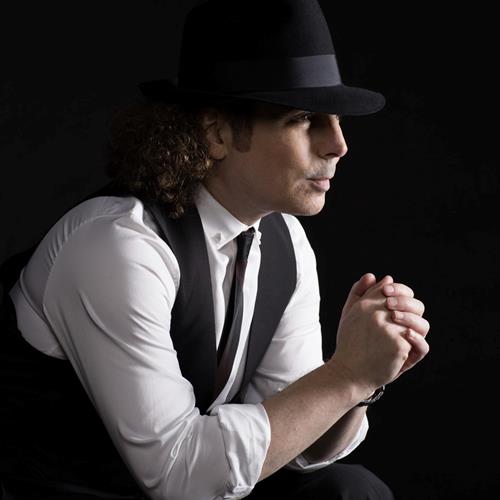 According to the Boston Globe: «Let’s make something perfectly clear: James is not a smooth jazz player. Yeah, he is often grouped with people like Kenny G and Najee, but his music is muscular and gritty, whereas most smooth jazz has all the texture and complexity of a cue ball…James swaggered across the stage like a blacktop hero draining treys on an overmatched opponent. He even weaved his way through the audience, never missing a beat and all but daring the crowd not to have a good time.»

Boney James took up the clarinet at the age of eight, switching to sax when he was ten. Boney spent his early teen years in New Rochelle, New York and became musically influenced by the R&B Motown genre and saxophonist Grover Washington, Jr.. When James was fourteen his family moved to Los Angeles, where he joined a fusion band that opened for acts like Flora Purim and the Yellowjackets. Another member of this early band was John Shanks, now a successful pop producer. James eventually received a degree in history from UCLA, but began playing music full-time after graduation. James learned to play keyboards and in 1985 he joined Morris Day’s band. His R&B influence was further strengthened by seven years of touring and sessions as a sideman with Day, the Isley Brothers, Bobby Caldwell, Randy Crawford, Teena Marie and others. It was on the road with Crawford in 1986 that he earned his now-famous moniker, when his physique led a band mate to joke «We’ll have to start calling you Boney James!».

In the early 1990s while on tour with Bobby Caldwell’s band James met engineer and producer Paul Brown, beginning a 10-year period of collaboration. In 1992 Boney released his debut album as a leader, Trust, on the independent record label Spindletop Records. Following the record’s success, James was signed by the Warner Brothers label in 1994. He released the RIAA Certified Gold Records, Seduction, Sweet Thing and Body Language on Warner Brothers.

In 2000 he collaborated with trumpeter Rick Braun on an album called Shake it Up. Their duets include the now classic updated version of Hugh Masakela’s «Grazin’ in the Grass». Other artists who have made guest appearances on Boney’s records include Raheem DeVaughn, Faith Evans, George Benson, George Duke, Dwele, Al Jarreau, Philip Bailey, Anthony Hamilton, Jaheim, Eric Benét, Dave Hollister and Angie Stone.

James began co-producing his records with Brown in 1997, and assumed the role of sole producer starting with his Pure album in 2003. Following a string of chart-topping albums, in 2006 James moved to Concord Records[5] and released Shine which posted his career highest Billboard Pop Chart position to that date (No. 44 on the Top 200). His 2009 album, Send One Your Love earned him a Grammy nomination for Best Traditional R&B Performance. James’ 2013 album The Beat received a Grammy nomination for Best Pop Instrumental Album.

On May 15, 2010, James was involved in a car crash coming home from a performance when he was rear ended by a drunk driver. James suffered a fractured jaw, two shattered teeth and facial lacerations. He was sidelined for two months.

He is married to actress and director Lily Mariye. In 2012 he contributed an original score to her feature film directorial debut, Model Minority.