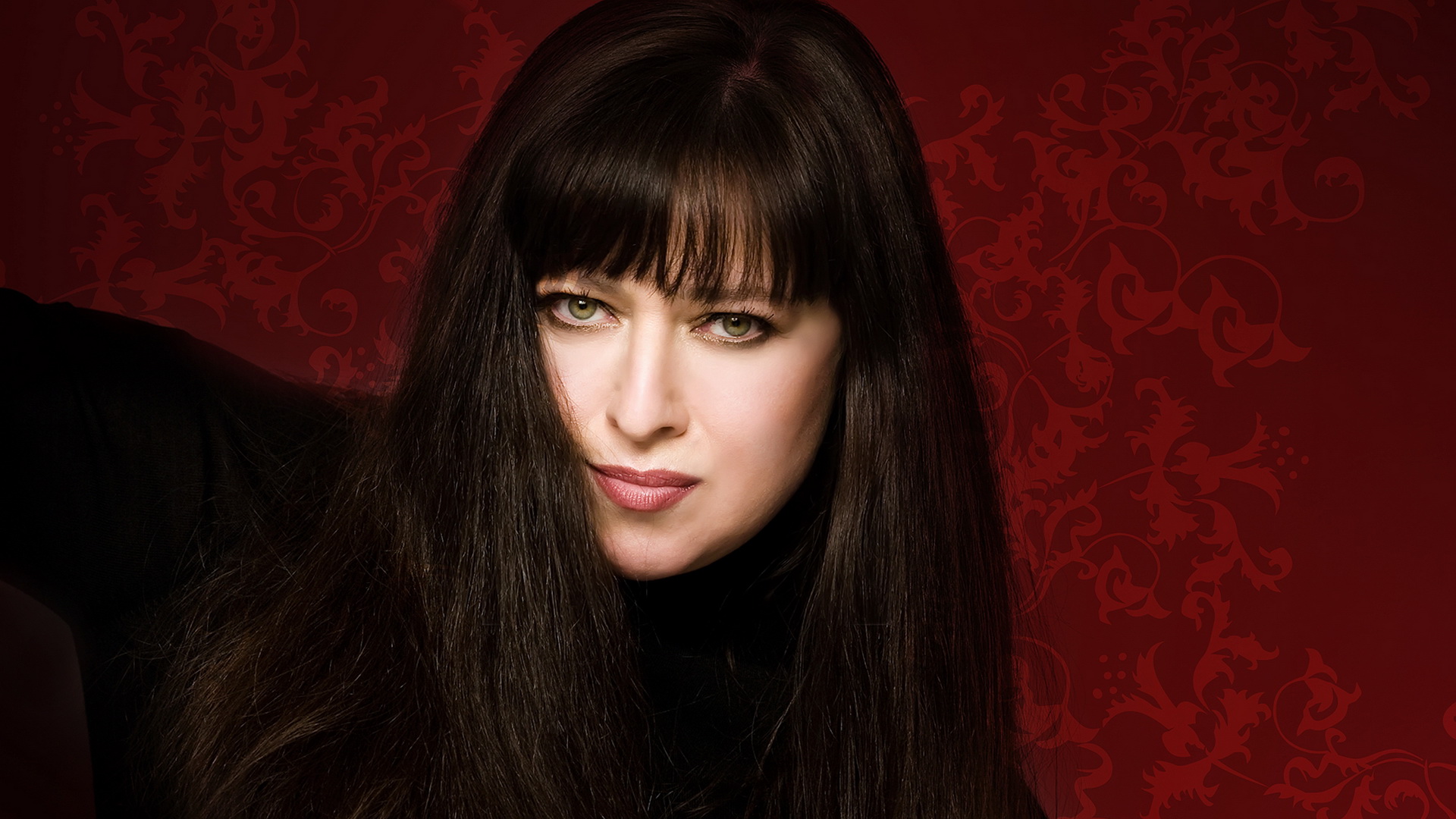 Basia Trzetrzelewska (born September 30, 1954) is a Polish singer-songwriter and record producer. She established a successful international recording career featuring characteristically Latin-flavoured jazz-pop crossover songs during the late 1980s and early 1990s and the late 2000s and 2010s, particularly in the United States, the United Kingdom, France, and Japan. She is noted for possessing a wide vocal range, approximately three octaves that span from contralto to sopranotessituras, as well as her singular jazz-influenced stylings and multi-layered harmonies.

Basia was born in Jaworzno, Poland in 1954. She debuted as a guest of local amateur rock band Astry and performed with them at the Polish Festival of Beat Avangarde in Kalisz, where they won. Thanks to this performance, she was a member of the popular Polish all-female vocal group Alibabki from 1972 to 1974. From 1977 to 1979, she sang with the rock band Perfect.

Settling temporarily in Chicago in 1979, she later relocated to London in 1981. It was there she met Mark Reilly and his collaboratorDanny White (brother of jazz guitarist Peter White). In 1983, the trio performed as the jazz-pop group Bronze but later changed their name to Matt Bianco and recorded their debut album Whose Side Are You On?, released in 1984. The album was a hit across Europe, selling more than 1.5 million copies and then bringing two top 30 hits on the UK Singles Chart: «Get Out of Your Lazy Bed» and «Half a Minute».

In 1985, Basia and Danny White left Matt Bianco to launch her solo career. That was the beginning of their longtime collaboration lasting through the 2000s. In 1987 her first album Time and Tide was released selling almost two million copies. As a solo artist Basia achieved greatest success in the United States, where she sold over one million units of her debut album. It brought her the U.S. top 30 track «Time and Tide» on the Billboard Hot 100 chart and also such hits as «Prime Time TV» and «New Day for You». In 1989 her second album, London Warsaw New York, repeated that accomplishment. It also sold almost two million units including more than one million in the U.S. and featured another top 30 hit on the Billboard Hot 100, «Cruising for Bruising». London Warsaw New York also included Stevie Wonder’s «Until You Come Back to Me» and «Baby You’re Mine», another hit song. Both albums topped Billboard’s Top Contemporary Jazz Albums,[4] but her second album also became Top Contemporary Jazz Album of the Year even beating the Grammy Award-winning Album of the Year, Back on the Block, from Quincy Jones. While achieving great success in the U.S. market Basia also became a very popular artist in Asia (mainly in Japan and the Philippines) and Europe, especially in France. In 1991 she released her first long-form video A New Day containing all her videos and an interview.

Her third studio album, The Sweetest Illusion, was released in 1994 and was a moderate success in the U.S. market selling over half-million copies but globally it became another million-seller. Mixed by the then-highly sought after David Bascombe (who had contributed toOleta Adams’ debut effort) the project marked the end of a ten-year working relationship with mixmaster Phil Harding and a step into more sophisticated territory. The Sweetest Illusion included a number-one hit on the Billboard Hot Dance Club Play chart, «Drunk on Love». Her next album, Basia on Broadway, was a live set recorded at the Neil Simon Theatre in New York City and was released in 1995. In 1996, Basia was featured on Peter White’s album Caravan of Dreams with vocals on the single «Just Another Day». In 1998, a retrospective compilation album, Clear Horizon – The Best of Basia, was issued and contained all the notable hits plus some new material including a cover of «Waters of March», written by Brazilian composer Antonio Carlos Jobim.

Despite a successful international career and faithful fan base she withdrew from the recording industry in 1998, with the sole exception of a guest appearance on Taro Hakase’s cover of «So Nice (Summer Samba)» in 1999. She would later cite the deaths of people close to her, including her own mother, as the reason. After some persistent efforts from Danny White and Mark Reilly who had started working together again, she agreed to join a re-formed Matt Bianco. They released the album Matt’s Mood in 2004 to critical acclaim. After touring to promote the album Basia and Danny White began work on a new Basia project while Reilly continued with Matt Bianco.

In 2009, after nearly fifteen years, Basia returned with her fourth studio album, It’s That Girl Again. It met with critical as well as commercial success, placing in top 10 of the U.S. Jazz Albums chart and going Gold and Platinum for the first time in her native Poland. It was promoted by «Blame It on the Summer» in American market and «The Gift» in Europe. The album was also heavily promoted on Basia’s world tour, whose first leg began in 2009. In Spring of 2010 Basia was participating in the World Rhythms Tour withBernie Williams and then embarked on the second leg of her own tour. In 2010 she toured the U.S. twice and next year she toured there one more time.

In 2011 Basia made a guest appearance on the Polish edition of X Factor. The same year Basia globally released her second live album From Newport To London: Greatest Hits Live… And More with two new studio recordings, including a duet with the most popular Polish soul singer Mieczysław Szcześniak. This album was her first recorded in Poland. Basia recorded also one more duet with Szcześniak, this time for his album Signs, released the same year. They sang a cover of Vanessa Williams’ hit «Save The Best For Last», produced by its original co-writer Wendy Waldman.