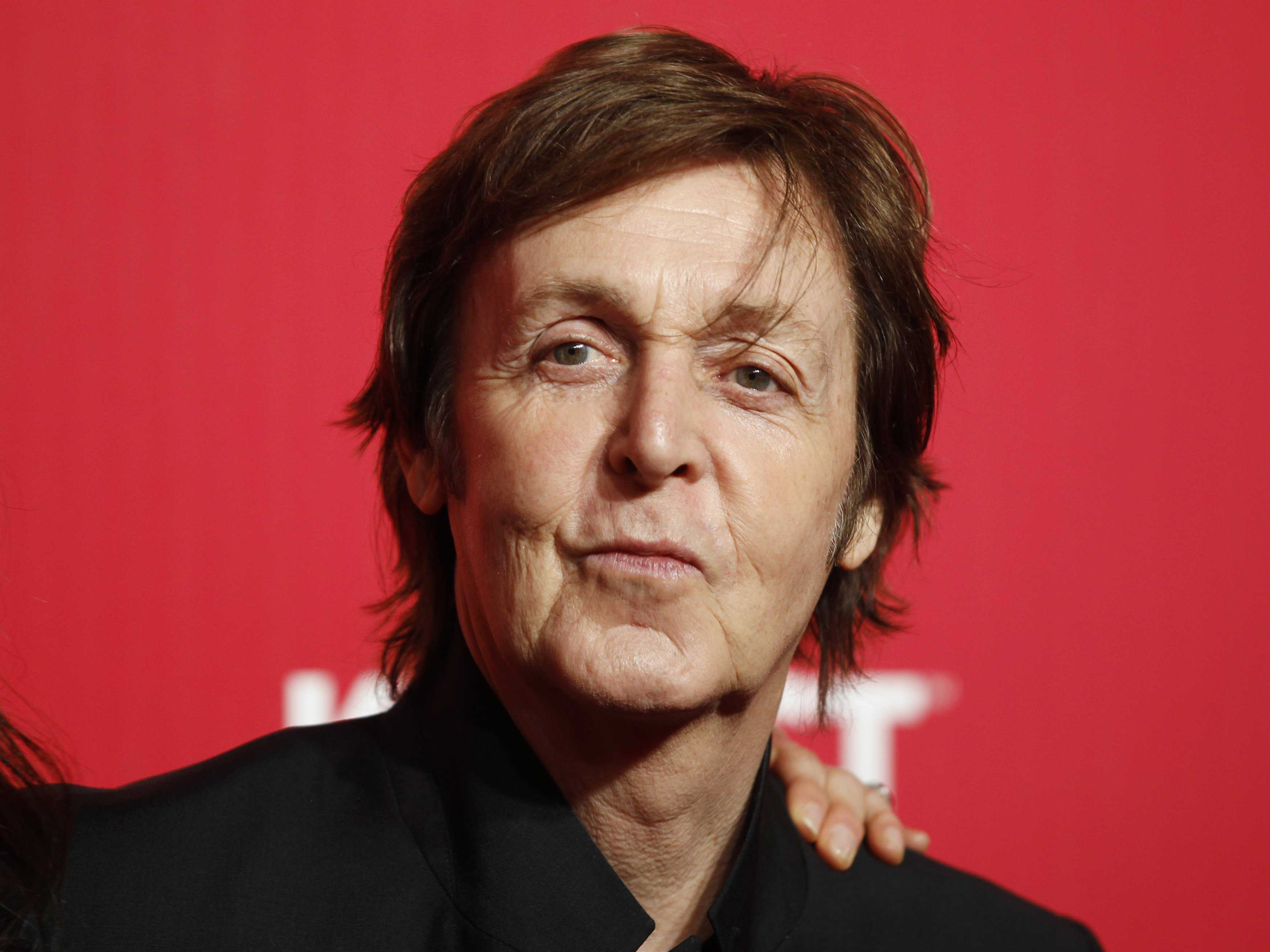 Paul McCartney
Sir James Paul McCartney MBE (born 18 June 1942) is an English singer-songwriter, multi-instrumentalist, and composer. With John Lennon, George Harrison, and Ringo Starr, he gained worldwide fame as the bassist of the English rock band the Beatles, one of the most popular and influential groups in the history of pop music; his songwriting partnership with Lennon is one of the most celebrated of the 20th century. After the band’s break-up, he pursued a solo career and formed Wings with his first wife, Linda, and Denny Laine.
McCartney has been recognised as one of the most successful composers and performers of all time, with 60 gold discs and sales of over 100 million albums and 100 million singles of his work with the Beatles and as a solo artist. More than 2,200 artists have covered his Beatles song «Yesterday», more than any other copyrighted song in history. Wings’ 1977 release «Mull of Kintyre» is one of the all-time best-selling singles in the UK. A two-time inductee into the Rock and Roll Hall of Fame (as a member of The Beatles in 1988, and as a solo artist in 1999), and a 21-time Grammy Award winner (having won both individually and with the Beatles), McCartney has written, or co-written 32 songs that have reached number one on the Billboard Hot 100, and as of 2014 he has sold more than 15.5 million RIAA-certified units in the United States. McCartney, Lennon, Harrison and Starr received MBEs in 1965, and in 1997, McCartney was knighted for his services to music.
McCartney has released an extensive catalogue of songs as a solo artist and has composed classical and electronic music. He has taken part in projects to promote international charities related to such subjects as animal rights, seal hunting, land mines, vegetarianism, poverty, and music education. He has married three times and is the father of five children.

Childhood
James Paul McCartney was born on 18 June 1942 in Walton Hospital, Liverpool, England, where his mother, Mary Patricia (née Mohin) (1909–1956), had qualified to practise as a nurse. His father, James («Jim») McCartney (1902–1976), was absent from his son’s birth due to his work as a volunteer firefighter during World War II. Paul has one younger brother, Michael (born 7 January 1944). Though the children were baptised in their mother’s Catholic faith, their father was a former Protestant turned agnostic, and religion was not emphasised in the household.
McCartney had attended Stockton Wood Road Primary School in Speke from 1947 until 1949, when he transferred to Joseph Williams Junior School in Belle Vale due to overcrowding at Stockton. In 1953, he passed the 11-plus exam, with only three others out of ninety examinees, gaining admission to the Liverpool Institute. In 1954, he met schoolmate George Harrison on the bus to the Institute from his suburban home in Speke. Harrison had also passed the exam, meaning he could attend a grammar school rather than a secondary modern school, where most pupils went until becoming eligible for work. The two quickly became friends; McCartney later admitted: «I tended to talk down to him because he was a year younger.»

Chaos and Creation in the Backyard (2005)